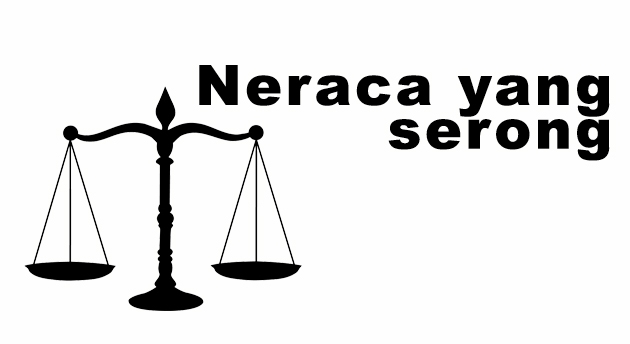 The lips of the righteous know what is acceptable,
But the mouth of the wicked what is perverse.
Dishonest scales are an abomination to the Lord,
But a just weight is His delight.
Proverbs 10:32-11:1

One tangible characteristic of false teaching is using Bible verses outside the context of the Bible to enforce its teaching. Doctrines of overdose grace - which is known as hyper-grace, pure-grace, radical-grace, and the kind- also use this way. They choose verses that can support their doctrines, while claiming that the verses which are clearly against their doctrine are not meant for Christians. This teaching is getting famous all over the world and the trap of this teaching is often not recognized by the church congregations. Therefore, Church has to be active in equipping their congregations in order for them to not be carried away by this false teaching.


Quote:
We accept The teaching of Grace  As long as it is Biblical

Some examples of deception that is done by the hyper-grace group in using the Bible verses are:
• Hyper-grace believes that after the cross, Christ will never be angry or He will never rebuke or punish Christians because all have lived under God's grace. However, in Revelation 2-3, it is clearly written that 5 out of 7 Churches were rebuked by Lord Jesus because He found that they had been doing wrong things, backsliding and compromising their spiritual lives.

How does hyper-grace respond to the fact that is clearly against what they believe? Eventually they say that those 5 Churches were not Christians and it seems like Jesus was not the one who rebuked them. This is obviously wrong.

Those rebukes came from Jesus, indeed (Revelation 1:17-18) and they were called "churches", meaning that the letter was meant for believers/ Christians.

• Hyper-grace often quotes Hebrews 10 to explain Christ's perfect sacrifice and how we ought to live wholly in His grace (Hebrews 10:29) so that we don't need to try to figure out what the will of the Father is, because everything has been settled by Christ.

We agree that Christ has given us His grace, but we don't agree with the statement that says that we no longer have to persevere and try to find what the Father will is and do His commandments. The hyper-grace group is very persistent to uphold Hebrews 10 to support their arguments, but they forgot that in Hebrews 12 Paul taught about the importance of persevering in faith.

• Hyper-grace teaches that because we have received Christ's righteousness by faith, then there is nothing else we need to do to gain His favor. They teach this based on Romans 4.

We are indeed justified by Christ through our faith; the salvation we receive is because of His grace. However, it doesn't mean that we don't need to do anything after that. Romans 12 emphasize that we who have received His grace need to offer our lives to do His will.

What is the hyper-grace group's response? They say that Romans 12 is meant for the Jews who are still under the Law and who are still in transition to be "Christians who live under grace". This clearly shows how they choose and pick Bible verses as they please.

To put it simple, the key to understand the Bible correctly is to read and study it within the context.

There are some basic contexts that we need to grasp so that we can understand God's Word in the Bible, such as:

Example: To understand John 3:16 we need to read the scriptures that come before and after that, then we must learn the whole chapter of John 3. If you want to learn more, then read the chapter before and after John 3, and so on. In the light and wisdom of the Holy Spirit, then you can understand the Word of God better in this way.

Tips: If you are faced with hyper-grace people that quote scriptures out of the context of the Bible, then the simplest way to face them is to ask them to read the verses/chapter that come right before and after the verse that they quote. Ask them whether they still have the same opinion after they do this thing.

2. The Historical and Cultural Context
Every book in the Bible was written in different period, place and original audience. Knowing these things will help us to understand what the scriptures are trying to say.
One of hyper-grace doctrines teaches that asking for forgiveness of sins after one have been born again is unnecessary, because all sins have been forgiven automatically if we are in Christ. This is obviously wrong because even in the "Lord's Prayer", we are taught by Jesus to ask for forgiveness of sins (Matthew 6:12) and 1 John 1:9 also teaches us to confess our sins to GOD and He is faithful and just to forgive us our sins.

However, what is the response of the hyper-grace group? They say that 1 John 1:9 is not meant for Christians but for the Gnostic (false group that believes that salvation comes from knowledge). Hyper-grace group doesn't see the historical context that 1 John was meant for Christians, especially for the people whom Apostle John had evangelized and led (1 John 5:21). The claim which says that this book was written for the Gnostics is not correct, because though the seed of Gnostic was already there at that time, the Gnostics just emerged around the year 200, while this book was written around the year 80-85.

3. Christology Context - a study about Christ
All Bible focus on one person; that is: Christ. Every part, every book, every clue, every teaching refers and focus in Christ in the end; how we can have a close fellowship with Him, glorify Him, please His heart and live as His children.

Any false group - including hyper-grace- will also claim that they focus their teachings on Christ. They also teach that focusing on the danger of sin will make people focus on themselves so it is better to just receive the grace of GOD, that forgives all of our sins automatically. It may sound right, but it is obviously wrong. If we pay attention to the words of their teachings, they are the ones who focus on personal pleasure and feelings.

In fact, ignoring sins hurts God's heart. If we want to focus on Christ, then we mustn't commit sins that hurt His heart. Nevertheless, when we come before Him with a broken heart, asking forgiveness and accepting His forgiveness with faith, that pleases the LORD instead.

Never underestimate the Word of God because in that case you are underestimating GOD, who is the Word itself (John 1:1). Accept the whole truth of the Bible, understand it with the wisdom and insight of the Holy Spirit, then we will be strong in the midst of deceptions that are waging against GOD's Church. (CS)

Quote:
The sacrifices of God
are a broken spirit,
A broken and a contrite heart-
These, O God, You will not despise.
Psalm 51:19